Jamie-Lee is an actress currently based in London.
She has appeared in BBC’s Troy Fall of a City, Tremors: Cold Day in Hell and most recently Sony Pictures’ Escape Room
Jamie-Lee has worked as a theatre, film and television actress and is based between Cape Town and London.

Jamie-Lee has extensive experience as a reader and casting assistant and has read for projects such as Warrior, Good Omens, Origins to name a few. Since graduating from the University of Cape Town in 2015 she has worked as a casting assistant and reader for both Bonnie Rodini and Bonnie Lee Bouman respectively.

Jamie-Lee Money is an actress born and raised by her parents, in Johannesburg, South Africa. She has appeared in BBC’s Troy Fall of a City as well as Sony Pictures’ Escape Room.
She moved to Cape Town (in 2013) after finishing High School at St Mary's School, Waverley in Johannesburg, in order to study a BA in Theatre and Performance specializing in acting at the University of Cape Town, South Africa. She received her BA Honours Degree after four years of study, graduating (at the end of 2015). Jamie-Lee works as a stage, film and television actress. She currently lives and works in London, UK
Jamie-Lee is proficient in the following accents: standard American, RP, Standard British, French, Irish and Southern American. 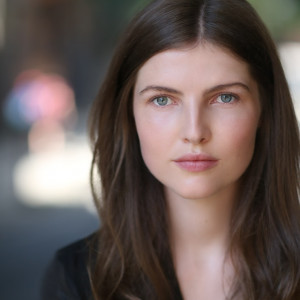