Jackie Vetter, also known as Jackie Freeman, is a Montana based Actor and Director. Having worked in New Orleans and New York City, Jackie finally made her way to Big Sky Country and is happy to be a Southwest Montana based Actor - who can be seen on stage, screen and in local and National Commercials. Check out my website at www.jackiefreemanvetter.com to see a full list of my stage/directing credits.

Jackie Freeman Vetter (she/her) is an Actor/Director based in Southwest Montana. She is in her fifth season serving as Artistic Director at Orphan Girl Children’s Theatre in Butte, MT. Past credits include: Little Sally in Urinetown the Musical (Orphan Girl Theatre), Kayleen in Gruesome Playground Injuries (The Ballroom Players), Annelle in Steel Magnolias (Theatre Workshop of Nantucket/Tennessee Williams Festival), Annie Sullivan in The Miracle Worker (Orphan Girl Theatre), the Virginia City Brewery Follies and Pitiful Beautiful Pittance (Last Chance Play Festival, voted best actor), as well as performing at the Edinburgh Festival Fringe twice. Her credits also expand to the screen with commercial credits for MasterCard and GrubHub, in the Hallmark Channel Movie "Finding Love in Big Sky", a supporting role in "Broke" with Wyatt Russell, as well as a co-star on the fourth season of Yellowstone with Kevin Costner. Currently, www.jackiefreemanvetter.com. 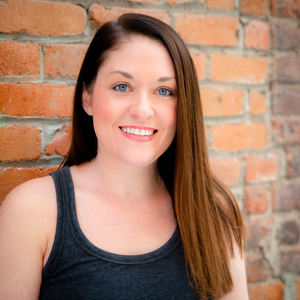