I am a super passionate- vibrant- energetic actor who coaches/reader to many actors who have booked leads/ recurring/ guest star/ and co star roles. I can help you book your dream role! I’m fluent in English and Spanish. I have decades of experience with a lot of cool audition tricks that will help you stand out!

Jackie Nova is an American Dominican Latina born in NYC and raised in NY/NJ. She has always loved comedy, dance, theatre and music. Since Nova was a little girl, she always knew that acting, dancing, singing and making people laugh was her destiny. What surely sparked Jackie Nova’s interest was this aha moment when her parents “Juan and Lucy” took her to see her aunt perform with her band, “Belkis Concepción- Las Chicas del Can,” and Belkis pulled Jackie up on stage to perform with them. Everyone was going wild over how Jackie sang and danced. From that moment, she knew that being an entertainer was and is the only thing she wanted to do. Nova says, “The feeling was exhilarating, which is how I feel whenever I’m on set as an actress, when I perform on stage as an improv comedian, sing, and dance, and do my stand up comedy.”
.
Now trending is Jackie Nova as Kamala Harris in her latest comedy sketch which she also produced- it’s going viral on her insta page @jackienova7 and on “Ox Films” YouTube Page! Also - Jackie Nova and her partner, Richard Ryan, produced, co-wrote, and starred in their action suspense thriller, “Art of Deception”, which is available on Amazon Prime Video and has been sold across the world. The trailer is available on www.oxfilms.us.
.
While Jackie was attending Performing School of Arts, her professors pushed her to work hard and taught her that quitting is not an option. Some of her accolades include guest starring on Everybody Hates Chris, opposite Terry Crews; performing stand-up comedy at Comedy store and Flappers; doing Improv and Sketch writing with “The Second City” & “Groundlings.”
.
Jackie Nova’s passion is in comedy, action and romantic comedy. One of her big dreams is to be on SNL. A sneak peek into other things that peaks Nova’s interest is that she is huge on health and fitness! Jackie is all about giving back to the community by volunteering for Operation Gratitude, helping get gifts ready for the holidays for military men and women overseas. Nova is all about family, her son, Jason, is her proudest love & joy! 💕 obsessed with kitties 🐱 and all animals:) 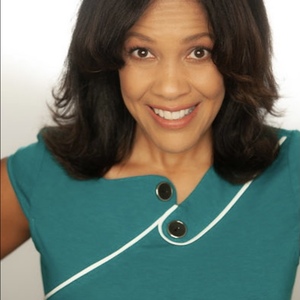