Hi! My name is Isabella. I am a SAG/AFTRA member as well as an award winning independent film director. My experience as an actor made me passionate to pursue an understanding of filmmaking from behind the camera, and earned me a degree in film production from Chapman University.

Having the perspective as someone who works both in front of and behind the camera, I've had a lot of experience identifying the unique qualities an actor possesses that makes them stand out and stick in the director's mind. I want to provide a comfortable and freeing collaboration with you where you can feel supported to be the most confident version of yourself on camera.

I want to help actors understand their importance as a part of the filmmaking team, and how auditioning is simply a way to express your art proudly.

If my beacon isn't on, you can DM me on Instagram! @isabellavtoria

Before studying film she studied acting extensively under such notable coaches as Warner Loughlin, Donna Morong and John Homa. She has starred in several short and feature-length independent films. Her love of acting developed into a love for storytelling, and a deep need to express her own voice as a filmmaker.

As a Mexican/Cuban filmmaker and actress, she aims to use film as a vehicle to express her love for her culture and heritage, and to create characters that represent her people the way she's known them: as real people with human stories to tell. 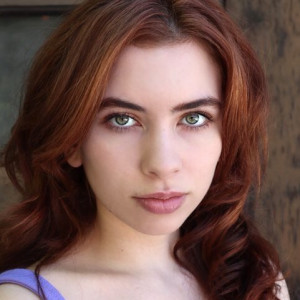