My name is Irina Labouz. I am a SAG-E actress residing in Atlanta, GA.
My most recent credits are "First Man", "Breakthrough" and "The Adjuncts".
I have been training consistently since 2017 with private coaches and in classes.
I will be happy to help you with your auditions in either English or Russian.

Irina Labouz is a Russian-American actress residing in Atlanta, GA. She is known for her roles in "First Man", "Breakthrough" and "The Adjuncts". Irina was born in Kaliningrad, Russia and moved to the United States in 2001. While growing up Irina was taking piano and vocal lessons and successfully completed Musical school program with major in Classical Piano. She was also taking acting lessons and actively participating in the theater program at school. Irina has graduated with B.B.A. in Information Systems from Kennesaw State University and M.A. in Philology from Immanuel Kant Baltic Federal University. Irina is fluent in Russian and English. 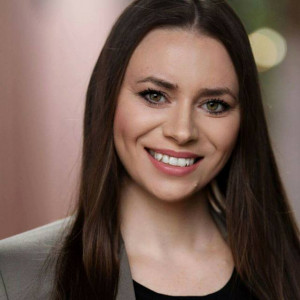 Irina is such a sweetheart! Lovely reader and very open. Thank you!!! "
"

Irina was great! She gave me what I needed to put my self tape together. "