Offering free readings up to 30 minutes for a limited time only :)

Need a proficient reader? I got you!

Over the course of my career I have been in hundreds of auditions (both in person and virtual) and have been on numerous sets ranging from independent to big network shoots.

I have plenty of knowledge to share if you'd like it or I can simply be a reader and let you come up with the magic.

Some things we can do during our time together:
- Scene Analysis
- Improv into the scene
- Blocking/staging scenes
- Environment/world building
- Memorization
- And anything else you may want!

How do I approach my reading? My reading is focused on making sure you stand out by setting up a good foundation for you to react to.

Fun stuff: I will be appearing in the USA Network TV Movie reboot of Nash Bridges on Nov. 27th

Gregory Beery was born in Bethesda, MD while his father was stationed at a nearby US Army base, shortly after Gregory and family moved back home to California. Gregory grew up in Santa Rosa, CA and his aspiration to be in the film industry came early with many family members to look up to such as Stewart Barbee (Cinematographer), Todd Barbee (V.O. Actor), Scott Barbee (A.D.), Wallace Beery (Actor), Noah Beery (Actor), & Noah Beery Jr. (Actor). When Gregory was a kid his Grandfather Stewart brought him to a television set when he was a camera operator for Nash Bridges, Gregory was always fascinated over movies and tv shows but going on set for the first time really opened his eyes and drove him to be what he is today.

Fun fact: Years later after Gregory's eye opening first day on a set as a guest with his grandfather for Nash Bridges, Gregory claimed his first credit on the TV Movie reboot of Nash Bridges. 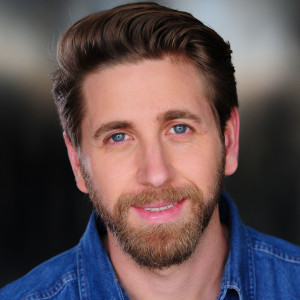 Gregory was great! Gave fantastic feedback and insight into the characters in the script. Would highly recommend! "
"

Great read with Greg! The scene I was working on had a whole bunch of different characters in addition to mine. Greg was able to help me keep track of everyone and everything that was going on! "
"

Gregory was great - easy to read with very helpful - I'll be using him again!!! "