I have more more than ten years experience as a private teacher and coach for both actors and singers and have also been acting on camera and on stage for many years. I love both acting and teaching deeply and am happy to be anything from a reader simply giving you deliveries to which you can respond to someone who can coach you to your best performance.

Gloria Bangiola has performed in many arenas from Musical Theater to Shakespeare and seeks opportunities to stretch her skills and expand her creative horizons. Bangiola graduated from The Conservatory of Music at Brooklyn College (MM ’18) where she debuted the role of President Winter Green in Brooklyn Baby, a political satire based on Gershwin’s review, Let ‘Em Eat Cake and the role of Lena in the NYC Premiere of Svadba. She has performed various opera roles including Adina in L’Elisir d’Amore and Papagena in The Magic Flute. Bangiola has taken on acting roles as well, portraying Portia and the Soothsayer in Julius Caesar, Gwen in Bara Swain’s Planned Obsolescence, and the Waitress in Make Her Happen, as part of the 2020 Strawberry One-Act Festival, making her debut at NYC’s Symphony Space. Recently, Gloria stepped into the world of film with her roles as Violet in Planned Obsolescence, the Guidance Counselor in Blinking Yellow Light, and Mary in Loosely A Killer. In addition to her theatrical work, Bangiola has written, produced, and performed two full-length albums, Past the Willow and the Well and Fool’s Gold, both available on Spotify and iTunes. 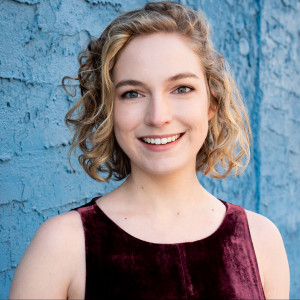