Girley Jazama, has been acting in film and theatre productions in Namibia for more than 12 years. She was a nominee for the Best Female Actor award at the 2019 Namibian Theatre and Film Awards, for her role as Sylvia Kamutjemo, in The White Line, directed by Desiree Kahikopo to be released in 2020.

Girley studied drama at the College of the Arts in Windhoek, Namibia and has a Bronze Teachers Certificate in Ballroom and Latin dancing. In 2008, Girley acted in The Ties That Bind, a local Namibian television series, and was also part of the scriptwriters’ team for the 1 season series.

She acted as Sylvia, in a feature film entitled The White Line to be released in 2020, which she is also co-producing.

Girley is a Hollywood Immersive alumna. 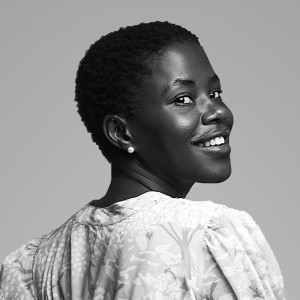