I'm Gina, relatively new to WeAudition. I came here because I have such a difficult time finding a reader for my self-tape auditions. So, I totally understand what it means to need a reader. I thought I would offer my services to anyone in need so that I could also learn the ropes around here. I can just read lines with you, and help you rehearse, and serve as your reader for your self-tape audition.

Gina Surles is an actor, writer, and producer. She produced the comedy web series, “Triple Threat,” featuring three mature women who become undercover detectives for an 80-year-old wealthy, ex-CIA agent who may or may not be in the early stages of dementia. The project was one of three selected to be developed in the Creative Lab Hawaii 2017 Web Series Immersive Program. Recently, the pilot episode won Best Pilot in the 2020 British Web Awards.

Gina’s background is in ballet, both as dancer and as an instructor and co-director of Hawaii State Ballet for 35 years. She was born and raised in Chicago and began acting in high school and continued studying drama, along with dance, for all four years of college at University of Illinois, Champaign. Now retired from teaching ballet and living in the beautiful mountains of West North Carolina, Gina has returned to her first love - acting. She has had both theatre and on-camera training, and she has studied with some awesome acting coaches, including 10 years with Wayne Ward in Hawaii, and Meisner workshops with Iris Klein. 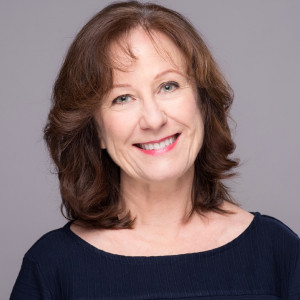