I am an actor from Adelaide, Australia and have been acting since 2016.

I would absolutely love to help other actors with their auditions and rehearsals, as well as providing suggestions and tips if desired.

My natural accent is an Australian accent, but I am able to read in an American and British accent (and would love to do so!).

My availability varies, but I can be quite flexible as I currently work from home. I am a night owl, so I am happy to work around late hours and timezones across the world.

Can't wait to help you with all your acting and auditioning needs!

Georgia Williams is an Australian actor based in South Australia who has been working on her skillset since 2016. Her love for acting has been with her since she was a child, and she is enjoying leaning into the industry more recently as of late.

Georgia loves telling stories and bringing scripts to life. She enjoys working as part of a team and being able to bring a director's vision to fruition.

In early 2021, Georgia worked on a Christmas Comedy Horror titled "Stuffings" which was filmed in the Adelaide Hills.

She also took part in the 2021 48 Hour Film Festival and starred as American Food Blogger, Poppy Elks in a short film titled "Damper".

Recently, she has starred in a Horror short produced for a Web Series that is currently in Post-Production. 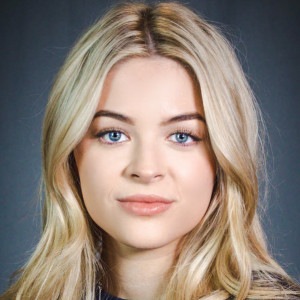