Gabriela Pedraza is a Mexican-American actress born in McAllen, Texas. Since the age of 8, she has appeared in many theatre and film productions in Texas and California. Her most recent work is in the indie short film “Piggy Banks”, which is currently on the move in the festival circuit, and has been selected into The Los Angeles Film Festival, The Hollywood First Time Filmmakers Showcase, and the Los Angeles Lift Off Festival. Gabriela is a proud graduate of Texas A&M Corpus Christi’s theatre program. While working on her Bachelor’s degree, she was nominated for an Irene Ryan Scholarship for the role of Eleonora Duse in The Ladies of the Camellias, and became an KCACTF Region 6’s Irene Ryan Finalist. After graduation, she moved to Austin and starred in Gale Theatre Company’s production, Salomé. Gabriela currently lives in Los Angeles. In addition to acting, she is trained dancer with 15 years of experience. Her favorite styles are contemporary and hip-hop. During these quarantine days, she enjoys creating content on her social media platforms and learning piano. 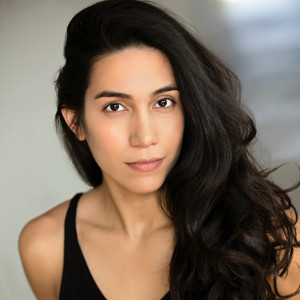