I'm a Polish actress, with MA in Dramatic Acting, currently based in Warsaw.
I am really excited about this opoportunity for us fellow actors to support each other and share skills, time and effort. I'm happy to help with rehearsing, self-taping or just exchanging experiences. I used to live in the US as a child, that's why I speak with an American accent.
In 2017 I played Zorya Polunochnaya in STARZ American Gods directed by David Slade. I've also worked in BBC television series The Passing Bells (2014) and made my Bollywood debut in Hindi in Ajay Devgn's Shivaay (2016). 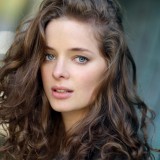 Super helpful and super easy to work with! Thank you so much! "
"