Hey guys! I'm Erika, I'm trilingual, from Asia but extremely fluent in English with American or British accent, or even Asian accent if you prefer.

I am an experienced actress for TV/Web series, supporting roles/mains based in Singapore/Malaysia for more than 6 years now.

Though I just joined WeAudition, I do hope you could give me a chance to help you out and learn together! This is what I could do for you:
- I can be your reader
- I could help give some feedbacks on your acting if you like
- We could learn together and run through scenes/ character portrayals etc

I promise I'm super friendly and let me help you ace that audition!! ;)

A natural in-front of the camera thanks to her years of professional modeling experiences, Erika has since played quite a few important recurring roles for Singapore’s local day-time/ prime-time TV & web-series.

Erika has worked alongside a few of Singapore’s veteran and great actors such as Zoe Tay, Christopher Lee, Pierre Png, Desmond Tan, Rebecca Lim, Carrie Wong etc. She played important roles for popular TV series such as “Crescendo”, “VIC”, “C.L.I.F 5” etc. Recent years she has starred in her first Malay crime show TV series “Forensik”, and guest-starred in the famous Singapore crime-show “Code oF Law: Final”. She was also casted as the lead in a Peruvian international short film filmed entirely via mobile phone during Covid lockdown, and has won several international film awards. Her latest work "The Ferryman - Legends of Nanyang" produced by IQIYI is currently showing internationally.

Coming from a multi-cultural country Malaysia, Erika is multilingual (fluent in English, Mandarin, Malay, & beginner Japanese/ Cantonese). She is also capable in performing different accents for English and Mandarin, and she is currently actively learning French. Her natural talent in language abilities had let her towards the voice over path as well. Having basic knowledge in recording equipments and softwares, she sometimes does voice over projects from home.
Musically inclined, she sings, composes music, plays the guitar & piano. She does song covers every now and then and shares them on her Youtube channel. She also has had the opportunity to write, compose & perform her original sub- theme song for the web-series “Dream Walkers” for Toggle/MeWatch Singapore.
Erika dreams big and hopes to become an international actress/artiste, and is prepared to give her all in hopes of opportunities on the international platform in the near future! 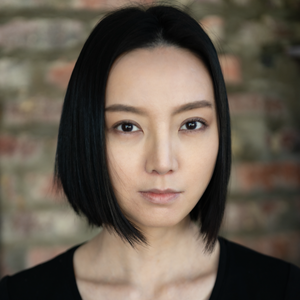