Ellie M. Plourde is a Meisner-trained actress pursuing Film, TV, and theatre. She studied the Meisner Technique at the University of the Arts in Philadelphia, PA, and at the Terry Knickerbocker Studio in Brooklyn, NY. Her past credits include regional and indie theatre, regional and national commercials, voiceovers, as well as indie films, and a studio feature.

Raised in Raleigh, North Carolina, I'm a Jewish girl from the South with small-town charm mixed with the resilience of my family's heritage. I'm an actress drawn to telling stories about women who lead with grit and vulnerability and who long for connection.

As a child actor, I cut my teeth in film, commercials, and voiceover and performed in many productions at The North Carolina Theatre. I also lived ten years in Philadelphia, where I studied the Meisner and Williamson techniques at the University of the Arts under the tutelage of Ernest A. Losso and Janice Orlandi, two of Sanford Meisner and Lloyd Williamson's protegés. I also worked on many indie theater and film projects and found a side passion in directing Sarah Van Auken's "This Is Not About 9/11," which premiered in both Philadelphia and New York to sold-out audiences.

As the dream would have it, I moved to New York City and worked on a few independent and student films, and continued my training at the Terry Knickerbocker Studio in Brooklyn. Upon graduation, ready and confident to hit the ground running, COVID happened. So I've been working on my self-tapes, needless to say. Despite the pandemic, I starred in an indie film sometime between Delta and Omicron. Most recently I found representation with AAG Talent Management and I'm in the process of writing my first screenplay. 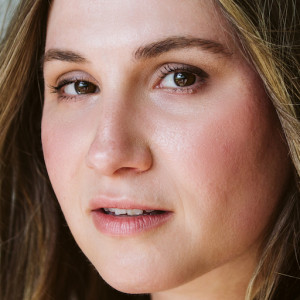 Ellie was an absolute delight! Already looking forward to working with her again in the future! "