Pronouns are they/them
---
Hi! I'm Ellie Desautels, I am a non-binary actor with a BA in Theatre from Manhattanville College. I'm known for my role as Michael Hallowell, a trans teen, in NBC’s RISE. My most recognizable work for the stage was as Nut in ORANGE JULIUS for Mirrorbox in Cedar Rapids. Recently I've been working on multiple indie projects, as well as VO work for a scripted podcast.

I am confident in my ability to help you get your best work in a self-tape. I have an expertise in film/tv acting analysis and have an eye for detail. I am a camera acting coach and work with clients on a weekly basis to strengthen their self-tape audition skills while challenging them creatively and supporting their goals. Book me for your rehearsal and reading needs!
-----
If you are interested in my Acting for the Camera Coaching sessions, here's my registration link https://www.surveymonkey.com/r/KDLWD2N
You can book me for ongoing weekly sessions, or solo sessions for audition/material prep!
You can also contact me at ellie.desautels@gmail.com

Ellie Desautels is a non-binary actor who is best known for their debut television role as Michael Hallowell, a transgender teenage boy, in NBC's Rise.
Ellie received their Bachelor of Arts degree in Theatre from Manhattanville College. Ellie's most recent work was with Mirrorbox Theatre in Cedar Rapids, Iowa where they starred as Nut in Orange Julius. Short film credits include Mirage and Sever (dir. Cristian Ramirez).

During their final year in college, they wrote and performed in their senior thesis performance project titled Oh, Sweet Child, which emphasized the importance of transgender representation by bringing real trans and non-binary stories into the spotlight.
Ellie's greatest passion aside from acting is working to improve trans and non-binary representation in film and television. They're also a singer-songwriter and camera acting coach. 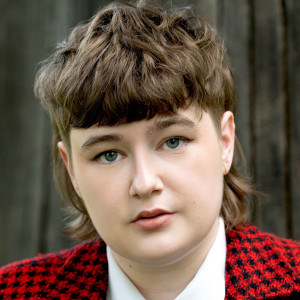