In addition to my work on stage and on camera, I am an award-winning audiobook narrator. This means I can modulate my voice so that the audition is about YOU, not the other character(s) involved. Need some coaching? I can do that too, with 15+ years experience teaching all ages. I'm particularly kid-friendly, as a mother of a 13 y.o. son and co-founder of Culver City Kids Acting Class.

Dorothy's passion for performing began in the dance studios & community theatres of Columbia, SC. She continued her studies at Northwestern in Chicago and the London Drama Programme. Today she is an LA-based, award-winning actress onstage, on-screen, and in the booth. 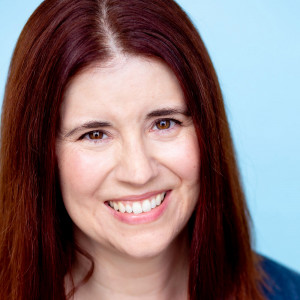