Hi! If you’re a working actor - you probably know me! I worked out of CASTAWAY STUDIOS for years and am a well known session director. I have taught workshops on "Audition Technique," "Intro to Stand Up" and "Writing One Person Shows" at various educational institutions (Williams, Rudgers, Calhoun, to name a few). My clients include SIX WOLVES, M CASTING, EAST SIDE STUDIOS, DAME CASTING, DG CASTING, ENDEAVOR STUDIOS, ANISSA WILLIAMS CASTING and many many more. I understand every technical aspect and the craft of creating great self-tapes. But did you know I am also commercial casting diva and have plenty of industry credits? I created the Off-Broadway show hit, LATINA CHRISTMAS SPECIAL and the award winning and nationally touring one-woman show, VIVA LA EVOLUCIÓN, I toured with Margaret Cho and I am a stand up comedian as well. I am the director of THEATER PRACTICE, a podcast available on all the platforms, and I am also a theatrical producer. I am trilingual and can help you with those darn auditions in Spanish (or Spanish accent)! And most importantly, I am experienced, kind, and patient.

Diana Yanez is the creator, co-writer and co-star of the Off-Broadway hit LATINA CHRISTMAS SPECIAL. This masterful retelling of family antics around the holidays has been chosen as Los Angeles Times "Critic's Choice" since its inception in 2015. Her first one-woman VIVA LA EVOLUCIÓN, about growing up Cuban and queer in Miami, won the New York International Fringe Festival “Overall Excellence Award for Solo Show” in 2010. With co-writer, Marjorie Duffield (Netflix OVER THE MOON) she wrote, performed and produced THE PIP AND PEN SHOW, a YouTube micro-series. It’s the feel-good middle-aged lesbian almost British comedy you’ve been waiting for! She has appeared on TV shows including CRIMINAL MINDS, THE SHIELD, BOSTON LEGAL, and many more. As a comic and comedy writer, Diana has created characters as well as performed and written for Margaret Cho's SENSUOUS WOMAN SHOW Off-Broadway. She toured with Cyndi Lauper on the TRUE COLORS TOUR as a comic, writer, and performer. She has created original characters that are in various viral videos including SPANISH FOR YOUR NANNY, LET ME BORROW THAT TOP (with Liam Sullivan) and MY PUSS (with Margaret Cho). Together these videos represent over 30 million views. A writer and out stand-up comic, Diana has performed at The Groundlings, The Improv, The Comedy Store and many others. Her improv groups include THE GAY MAFIA, COMEDY SMASH, and QUEER ON YOUR FEET. Diana hails from Miami, Florida (the "Other Cuba") and is first generation Cuban-American. She studied Fine Art in Berlin, Germany and is fluent in three languages. A passionate storyteller and performer, Diana intends that her pieces shed light on the universal truths of being human, regardless of one's color, gender, heritage or sexual orientation.
SAG-AFTRA
Dramatist Guild 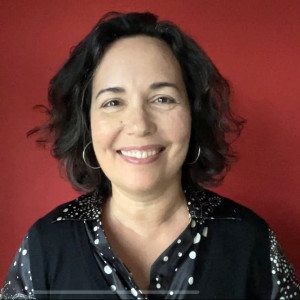 Diana is so wonderful! She has such a kind, grounded, confident energy that made me feel really comfortable to work with. And her work as a session direction was SO helpful in my commercial audition. She really helped bring out the best work in me! "
"

Diana was amazing at giving insights from the show runner's/casting's perspective! She took my challenging scene and challenged me with it, helping me to find range and vulnerability in different spots. She's an inspired artist and a pleasure to work with! Thank you! "
"

Super professional and relax. Thank you for your help, Diana ! "
"

Thank you Diana you are sooo great!! "
"