I've been acting again since 2018 after a long hiatus. I have thousands of hours of training and coaching and am ready to read for & with you!

“You always know what to say to make me feel better.”

Dennis Hull was 11-years old when his maternal grandmother, who suffered severe depression before it was truly recognized, said this to him as she smiled through one of her darker says.

It could not be known at the time how this single event would shape Dennis’s life. A few short years later, Dennis’s ruggedly deep voice emerged, and he found himself in demand as a singer and actor in school. He dedicated 7 years to award-winning singing, acting in musical theater, and studying voice formally, all culminating in an appearance as an ensemble singer at Carnegie Hall and college scholarship in musical theater.

Along the way Dennis built a reputation as an articulate, calm, communicator and was routinely described as “a sweet, charming guy.” Skilled at having the right words for nearly any situation. But he was mischievous in his youth and lacked the dedication to his college studies at the time. So, still banking on his voice and communications skills, he found success in broadcast radio, working from both sides of the glass as an on-air talent and audio producer with a flair for commercial & promo work.

As Dennis’s voice developed, he began reciting the Christmas Story at his own family events and for church groups who asked. This led to singing and reading for weddings and memorial services. Indeed, Dennis formed many relationships and his so-called “silver tongue” and technical savvy led him into information technology, IT consulting, and a career in IT Project Portfolio Management.
Because successful project management is 95% communications, Dennis’ skills continued to set him apart. That articulate speech and calm demeanor, with the addition of solid negotiation skills, desire to help others, and the ability to commit and keep deadlines, put Dennis on the stage, in front of thousands, as a public speaker on a variety of topics as well as on the mic for e-learning modules and explainer videos.

Ultimately, Dennis came to direct a Project Portfolio Management Office (PPMO) for a US Fortune 50 organization. In this professional capacity Dennis has been described as:
• Brilliant at helping people understand one another…a true diplomat.
• A calming influence. Amazing ability to disarm difficult situations.
• Always showing people they are important and valuable…bring out their best…lifts them up.
• Possessing excellent interpersonal and communications skills
• A strong leader who attracts top notch employees that describe him as “the best boss they’ve ever had.”

These comments can be largely attributed to the simple truth that Dennis cares about people. How they feel, what they want, and their senses of self-importance and dignity.

In his personal life Dennis is routinely referred to as quick-witted, funny, a person of high character, and of having a rare combination of traditional “manliness” and soulful sensitivity. He is still repeatedly asked to emcee events and officiate weddings and other celebrations.

During Dennis’s career he returned to college and, continuing his love for words, earned a BA in Philosophy emphasizing Philosophy of Language and Epistemology, and a Master of Library and Information Studies. He has dozens of professional certifications that speak to his intelligence, curiosity, and persistence. 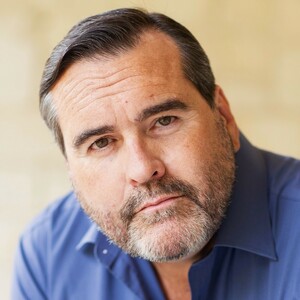