David Caffey is an actor, known for Lights Camera Bullshit, Brian Banks and Coming to Africa.

He also wrote and played the lead role in Dear Lady Joan - winner of the 2021 Memphis Film Prize.

He has written a new short film - Thanks For The Lunch - that will produced in early 2023.

I wrote and played the lead role in Dear Lady Joan - winner of the 2021 Memphis Film Prize.

I have written a new short film - Thanks For The Lunch - that will produced in early 2023.

I am still talking classes with Tim Phillips and James DuMont.

I was born and raised in Memphis and except for a couple of years in Ft Lauderdale, have lived here all my life.
​
I married my highschool sweetheart who I met when we both worked at a now closed amusement park called Libertyland.
​
We have one son who lives with his wife just a few blocks from us.
​
We are a family of Disney 'nerds' and my wife is a Disney specialized travel agent.
​
When I was in high school, we did a production of Father of the Bride and I played the lead character, George Banks.

At my high school we did plays in what is now called a cafetorium – during the school day it was the cafeteria, but the room also had a full stage. Our ‘regular plays’, not the musicals, the school served dinner and the regular cafeteria staff came in for those nights to cook and serve the food.

The Monday after our weekend performances of Father of the Bride, I went to pay for my lunch in the cafeteria and the lunch lady collecting money looked at me for a second and then got a big smile on her face and started laughing. She told me I had made her laugh so much in the play and how wonderful I was 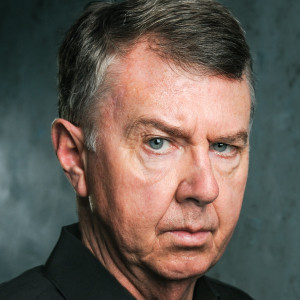 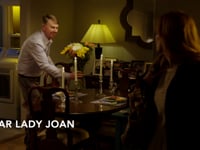