Got an important audition coming up, and want an extra set of eyes to take a look at your work before you put it on tape?

Maybe you're new to Shakespeare or other heightened-language text and would like coaching from a Yale-trained professional actor who's played classical roles big and small on some of the world's most prestigious stages?

Conversely, are you a stage actor new to the world of auditioning for television, and need gentle but firm guidance on scaling back your performance to meet the lens' definition of truth?

Or maybe you just need a reader with a deep, rich, but non-intrusive voice who's facile with reading cold and incredibly quick with text analysis?

Hi folx. My name's Christopher, I'm a professional actor who's worked regularly onstage and in television and I'd love to help you out. I have a BFA from NYU's Tisch School of the Arts and an MFA in Acting from the Yale School of Drama, and I'm equally passionate about helping you get every last nugget out of dense classical texts as I am helping you find clues to character in a sparsely written three-line television side. I am currently available for/as a:

And, hey, if you're looking for something not listed here, go ahead and contact me anyhow: if I don't do the job at hand, I likely can recommend other highly skilled folx to do the gig instead. So drop me a line and say hi: I'm a friendly, gentle guy, and super excited to get to work helping you! 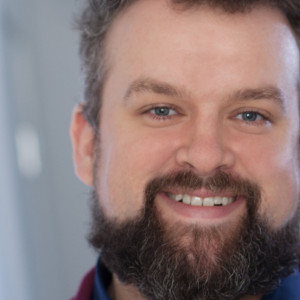