Hi everyone! I'm a stand up comedian in NYC who also works as an actor and voice over artist. I'm SAG / AFTRA and represented by the wonderful people at CESD.

I'm thrilled to be here. I love the sense of community and I thank God I don't need my boyfriend to help me self-tape anymore.

I've been on Comedy Central, TruTV, IFC & MTV. My one-woman show "It's Christi, B*tch!" sold out shows at Joe's Pub & Ars Nova in NYC and was featured in the NY Times and hailed a "must see comedy event." I tour nationally as Nicole Byer's opening act, perform regularly in NYC & can be seen in the upcoming season of "This Joka" starring Will Smith.

You can hear my many voices on PBS Kids and see me in national commercials for IKEA.

I also teach stand up at various colleges and clubs. I'm encouraging, supportive & positive. I believe in manifestation and positivity for growth and I'd love to help you achieve you goals.

Christi Chiello is a comedian based in NYC. She made her television debut on Jeff Ross Presents Roast Battle, opposite legend Jimmy Carr. She was named a "New Face of Comedy" at the International Just For Laughs Comedy Festival in 2017. Christi has appeared on Rachel Dratch’s Late Night Snack and Comedy Knockout on TruTV and has played various roles on IFC’s Comedy Crib.

​For 3 years she co-hosted the popular live show Battle of the Divas with Matteo Lane (chosen for “Best of the NY Comedy Festival” by Time Out New York). Christi wrote and stars in her acclaimed one woman show It’s Christi, B*tch! which has sold out showings at Joe’s Pub and Ars Nova. The show was featured in the New York Times and hailed a “must see comedy event” by Time Out New York.

Currently, Christi stars in Chris Gethard Presents on Manhattan Neighborhood Network. You can hear her as Baby Saffron on the PBS Kid’s show Pinkalicious and Peterrific and see her in national television commercials for IKEA. She performs stand up nightly and hosts her own show Christi Chiello’s Lost and Found at the Stand. Christi is the warm-up comic for The XChange Rate on Yahoo and is the opening act for Nicole Byer at clubs and theaters all over the country.

You can see Christi in the upcoming season of This Joka starring Will Smith on Quibi. And hear her many voices in the soon-to-be-released scripted podcast series Sorry Charlie from At Will Media. 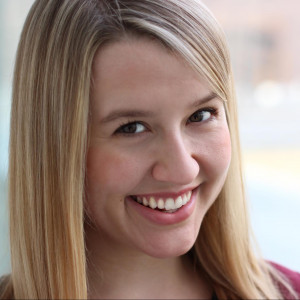