Hey there! I can read with you! I have a ton of experience as an actor and director so if you need coaching just let me know.

I am the founding Artistic Director of AmiosNYC, ShotzSF and soon ShotzLA. I have been seen in Straight White Men, Sapience, Anna Considers Mars, All the Shah’s Men (World Premiere), The Moonrisers, The Seagull, Jihad Jones and the Kalishnikov Babes, Value Over Replacement (TBA Award for Featured Actor), Miss Julie, Death of a Salesman, Escape from Roosevelt Island, Bartleby the Scrivener, Cloud 9, Macbeth, King John, 5th of July, Richard III, The Merry Wives of Windsor, Trip to Bountiful The First Time Out of Bounds (Best Short Play NYIT Awards) and dozens more. Directing credits include: Ripcord, Demoted (Funniest Play Ever Finalist), The Games Afoot, Bus Stop, Boeing Boeing, Cat on a Hot Tin Roof, A Message, Heroes and Other Strangers (Best of NYC Fringe) and a bunch of Shotz plays. I have an MFA from the National Theatre Conservatory. 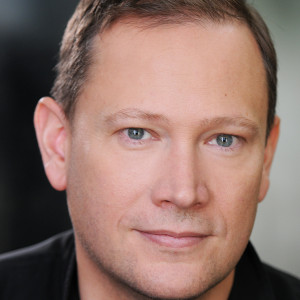