Currently represented by VIP Ignite/ Truth Management. Under mentorship with Bobby Funaro, Jodi Katz, Monique Coleman, Robert Galinksky, Mark Schoenfeld, and Alycia Joy Powell to name a few. She is currently studio cellist for actress Jackie O'Brien. She is excited to contribute to the industry by reading for those who need a reader.

Candyce is a multi-instrumentalist from Indianapolis, IN and was known to have an interest in music early on. Starting at age two, she learned how to play simple tunes like the theme from Jeopardy, and the wheel sound from Wheel of Fortune. Her family saw this interest and purchased pretend instruments from which she learned on. Candyce began producing music at the age of 8, learning songs from the radio, and making her own beats to the already familiar melodies. It wasn't until fifth grade that a new love of music would be born. Already, a self taught pianist, Candyce began taking instruction on violin during middle school. However, her hunger for learning continued. Midway through the semester she learned to play bass as well. In the following years, she picked up cello, clarinet, saxophone, drums, trumpet,
euphonium, mallet percussion, became a member of the Metropolitan Youth Orchestra and a passion for composing music. Candyce's passion for music led her to become a clarinet player in the United States Marine Corps Band. 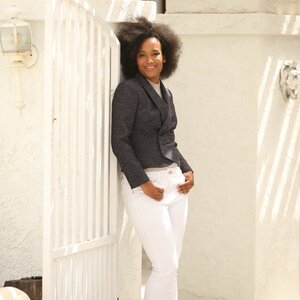