Hello everyone! My name is Cameron Patrick Ward, and I am a 22-year-old actor based in northern Massachusetts. I am a recent graduate from Dean College in Franklin, MA where I received a BA in Theatre Acting with a minor in History. I love being on the stage more than anything, so theatre scripts are my favorite to read but I also have some experience with tv and film scripts. Here on WeAudition, I am more than happy to be your reader as well as provide any outside perspectives on character creation, memorization advice, and how to break down a particular scene, only if you ask for it. With that, thank you for checking out my profile and I look forward to reading with you!

Cameron Patrick Ward is a professional actor who is known in the Massachusetts theatre scene for his work onstage. As of June 2021, he is a recent college grad from Dean College in Franklin, MA. At Dean, he has been seen in such productions as Radium Girls, Our Town, Scapino!, & Shakespeare's Twelfth Night on Dean College's Main Stage and Performing Arts Studio as well as musically in Disney's Beauty & The Beast at the Hanover Theatre in Worcester. He was nominated for the Irene Ryan Acting Scholarship at the Kennedy Center American College Theatre Festival for his work in Scapino! and made it to the semi-finals in that competition. Even during the COVID-19 pandemic, Cameron chose to make the most of online theatre, appearing in nine leading and supporting roles in Dean College's virtual Werk Your Craft series in the fall of 2020 and spring of 2021. In person with his New England Patriots branded mask, he took the initiative to find opportunities to appear in another production of Shakespeare's Twelfth Night, produced by the Dragonfly Theatre out of Dedham, MA as well as in his film debut as an extra in Charlie Norton's, Graffiti.

Cameron's goals are to get paid to professionally perform on the stage as well as ultimately be able to direct and teach young artists how to pursue their creative aspirations in a theatre facility of his own. 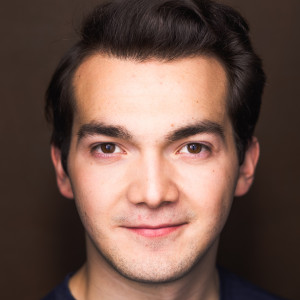