Hey! I'm Callie! I'm a commercial and theatrical actor with several commercials and features under my belt. My face can best be recognized as "The Litter Robot Girl". I really enjoy reading for other actors, and have helped several actors with their audition process, especially those pesky commercial auditions! Let's rehearse!

Callie Bussell is an actress and model with a penchant for science fiction and dystopian worlds. She has been featured in several films including the short "Ever After", which earned her nominations for Best Actress at the Detroit Film Festival and Best Acting Duo at the Los Angeles International Film Festival; as well as the World War II epic "Wolf Hound". Callie is known for her work with TK2 Films on science fiction tales "Electron Blade" and cult favorite "Star Trek: Horizon". She has also worked on commercials with Lindner Center of Hope, FatHead, Belle Tire, Henry Ford Health Systems on the Emmy-winning "Helen's Heart." She has most recently become the face of Litter-Robot. Callie is trained under Rich Goteri in Ferndale, MI and Katelin Chesna at Anthony Meindl's Actor Workshop in Atlanta, GA 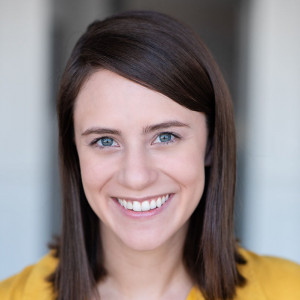 Callie was awesome and super helpful. Fun to read with even though it was a dramatic scene. Thanks!!! "
"

Amazing reader! Thank you so much! "
"

Super super helpful during my self tape! "
"

Callie was an awesome! Really gave some wonderful feedback! "
"

Callie is the absolute best!! Knows her stuff and is super patient and helpful for rehearsing and self tapes. "