I am an experienced reader that can get a sense of a script very quickly and offer great advice too! I also am a great listener and would love to help you with any audition questions!

I can read anything from drama to comedy. I speak English and Japanese too. For accents, I can do Southern, British, Eastern European, and Valley girl. Also, I have experience in both theater and film!

I also study Meisner Method too, if you need help with technique.

If you want to reach out over Instagram, mine is @bottara.angele.

Bottara Angele is an actress, dancer, and model from Westwood, California. Her mother is Creole European mix and her father is Persian. Bottara briefly lived in Sweden, Italy and Japan while growing up, but spent most of her time in Los Angeles. Her credentials include film, theatre, commercials and music videos. In 2020 Bottara filmed a speaking role in Paul Thomas Anderson's untitled movie starring Academy Award Nominee Bradley Cooper. She also worked on two independent short series, "Symone" directed by Ci Ci Foster and "Ugly" directed by Bella Maori. Bottara has played leading roles in a wide range of theatrical performances including Maggie in "Cat on a Hot Tin Roof", May in "Fool For Love", Carla in "In The Heights", Brooke in "Noises Off" and Anna in "Burn This". Bottara began her career performing in community dance shows, and became known for her own style of burlesque dancing and modeling on Instagram. She later went on to dance in music videos for RUSSELL!, Tay Money and Saweetie, and G-Eazy. Bottara is currently studying to get a BA in Theatre Arts at CSUN and recently graduated Pierce College with an A.A. in Theatre Arts. While at Pierce College she studied stage acting, acting for camera, voice, and a variety of dance styles including ballet, hip hop, modern and salsa. She has furthered her training through many different acting classes and is currently studying in a two year Meisner program. In 2020 Bottara received a nomination for an Irene Ryan Award for KCACTF. 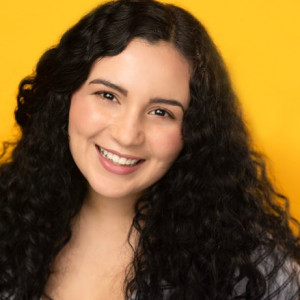