I'm an actor, writer, standup, and director who's been working for over a decade. I sold a web series (created and starred) to CBS where it went to pilot 2 years in a row, EP'd by the creators of How I Met Your Mother. I also created/starred in a series for Maker Studios (RIP).

As a reader, I just want to make you look good. I'll be super present with you, can offer ideas, or I'm also happy to STFU.

I'm an actor, stand-up, writer & director with over 40 million views for my female-driven content. I sold my web series to CBS where it went to pilot 2 years in a row (EP'd by the 'How I Met Your Mother' creators) , and created/starred in a series for Maker.

I played Marie, a recurring guest star on FX's 'Cake;' voiced Clarissa in the hit game 'Oxenfree;' and starred in the TBS pilot 'Show Business' directed by Clark Duke.

I'm currently working on a couple episodes of HBO's Barry, a feature-length thriller, and an indie short. 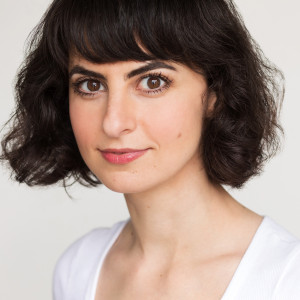