I am a Swedish actor working in the UK and in Sweden. I radiate positivity and I have great comic timing and an expressive face. I have also been called "an English rose with an edge". I really enjoy switching between the minimalistic acting on screen and the sweaty explorative physical performance in the rehearsal room. I work on screen, on stage, with modelling and voice overs, while doing workshops to keep pushing myself out of my comfort zone and developing as an actor.

I have studied acting for three years in Sweden, also earning a theatre pedagogue degree. I have also done a five week full-time course at RADA studying Shakespeare before making the move to London in September 2019. I have just completed my studies at Identity School of Acting.

In Sweden I have toured with a free theatre group, that received a grant to create a show performing at homes for refugees. I have appeared alongside Morten Vang Simonsen in Sweden's famous TV series The Restaurant, directed by Harald Hamrell. I also appeared as the lead in a commercial for one of Sweden's largest gyms, and for Sweden's equivalent to Giffgaff.

I have always chosen between working with social issues or acting, and my dream is to be able to combine the two. Joy is sometimes political, too.

I am a Swedish actor working in Gothenburg, Stockholm and London. I have been passionate about acting for years, having studied acting for three years in Sweden, and now made the move to London, where I keep studying part-time while also working. 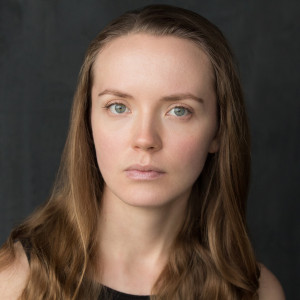