Hi fellow actors! My name is Angelica (she/her). I’m an actress and writer based in NYC and I’d love to help you with your next audition.  My approach is simple. I want you to feel at ease and free to play so that you can do your best work. Rest assured that I won’t rush you. I'm patient, flexible, and happy to read with you until you are satisfied with your take. So come on, let's have some fun!

* I also read and speak Spanish, so I can also help with those auditions.

I'm an American actress and voiceover artist of Hispanic descent based in New York City. I'm a Meisner-trained actor, having completed the two-year conservatory program at the prestigious Maggie Flanigan Studio in NYC. I've also immersed myself in other techniques including Chekhov, Uta Hagen, and Practical Aesthetics.

I'm half Cuban and half Ecuadorian and am fluent in Spanish. I was born in Chicago, IL, but I mostly grew up in Miami, FL, and consider that to be my hometown.

I’ve been acting since my high school days where I used to compete in local, regional, and national competitions. I also coached a group of eight actors who placed in nationals.

I earned my Bachelor’s in Journalism and Mass Communication and a professional degree in Copywriting (Advertising), so I’m very versed in commercial copy and the commercial world.

I studied improv at i.O. Chicago, and have also trained with teachers from Second City, UCB, The Annoyance, and JackPie (in Atlanta) to name a few.

I have a background in writing, copywriting, creative direction, and producing for radio, TV, and film. 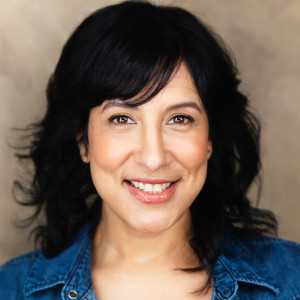 So excited for my audition that I forgot to turn on my ring light. SMH! Angelica noticed right away that my lighting was off! :) Huge help. Nice and easy reader. She's great! "
"

Angelica is a great reader! She was kind and patient with me and had wonderful advice for getting into character for the scene I had brought in. She truly is talented and reliable, and such a big help! Would recommend her as a reader and coach to anyone. "
"

Angelica is such a terrific reader! She had great insights that really helped my performance. Will definitely work with her again! "