With over 20 years in the profession, I've made appearances on network and cable multicam, single cam, procedural, indie comedy, indie drama, soap opera, commercials, and feature films, plus over 30 live stage productions. I'll assist you in sharpening your scene analysis; emboldening your intentions; capturing the tone; and refining your dialects. As a writer and director of several films, I can demystify the process of what casting directors and producers are looking for from your tapes. Working together strengthens both of our abilities, and I look forward to that process with you.

I also cut demo reels and trailers, design websites, social media graphics, logos and more. If you're ready to re-envision your career, I'll help you create a dynamic presence in the industry. Check out loftythoughtsentertainment.com

Andrew Brian Carter grew up in the Chicagoland area beloved by John Hughes, Chris Columbus, and Harold Ramis, living minutes away from the homes of Ferris Bueller, Kevin McCallister, and Joel Goodson. Andrew's early influences came from his father's old-time radio programs, the family's frequent trips to see theatre in downtown Chicago, and by the unruly antics of Steve Martin, Bill Murray, Dana Carvey and Pee-Wee Herman. He studied acting at the University of Illinois and received his BFA before going on to a successful acting career in television, film and theatre. His sarcastic hipsters, foolish foreigners, and sleazy con-men have faced off against George Lopez, Kat Dennings & Beth Behrs, Joe Montegna & Paget Brewster, Nathan Fillion & Stana Katic, Dania Ramirez & Santino Fontana, Hannah Simone & Max Greenfield, and many other major players in Hollywood. 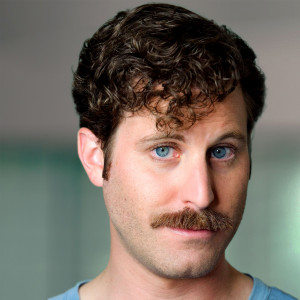 Super reader...asked before offering (suggestions/feedback) and guidance he gave was spot on and lifted the character off the page better! "
"

Really great work. Great ideas. My scene is better for it! "
"

An excellent reader! his feedback helped shape the scene and showed all the possibilities within the sides! "
"

Absolutely fantastic...such an insightful and kind reader. I learnt so much with him and look forward to more words of wisdom! "
"

Awesome reader! Super positive and has a lot of insight on the industry. Gave specific adjustments that added freedom and spontaneity to my takes. "
"

I had a good time working with Andrew. Keen sense of when it all comes together. Thanks! "
"

Andrew was great. His adjustments really brought my session to the next level. Thanks much! "
"

Andrew is simply a delightful human. He brought such warm energy into the read and, when he gave me a bit of feedback to work off of, it really helped provide a lovely new shade to play with in the following take. Thanks, good sir! I'll be back! "
"

Andrew was really a supportive presence for me! He was extremely patient with me, which really allowed me to tap into the scene and create something special. Highly recommend and look forward to working with him again. "