**Let's get you booked!**
- I work as a professional reader and editor for a self-tape studio in Burbank.
- I also work as a director on roster and casting director for a production company in Van Nuys - lots of valuable experience in casting, filming, reading, offering advice/coaching and editing self tapes.
- I am an accent and dialect coach, so if you'd like to learn or rehearse a specific accent, let me know!
- I'm a series regular on PBC and have appeared on NCIS, Black Sails, The Romanoffs, Blood Drive, and Hooten and the Lady, as well as writing and starring in a solo show which I performed on Theatre Row in New York.
- I also understand the frustration of an unsolicited opinion - so will only give advice if asked for it.
In a nutshell: I'd love to help you with your self-tape/rehearsal!

A little more about me...
Born and raised between South Africa and Zimbabwe, Amy grew up climbing trees, running around barefoot and competing in track and high-jump on a national level. Having trained at AFDA (South African School of Live Performance and Motion Picture Medium) and The American Academy of Dramatic Arts in Los Angeles, Amy has gone on to work on several award winning series - including NCIS, Black Sails and The Romanoffs - and create and star in her own solo show, which saw its New York debut on Theatre row in the world renowned United Solo Theatre Festival. Her skills include accent work, parkour, horse riding (english and western) and stage & screen combat - all of which lend themselves to her love of Fantasy and Sci-Fi.
She's an avid reader, a novelist, and loves nothing better than a good cup of tea.

Born and raised in Southern Africa, Amy grew up in a rural mountain region, where she spent her childhood barefoot in the treetops before she was awarded a scholarship to the American Academy of Dramatic Arts in Los Angeles. She has gone on to appear in a number of highly acclaimed series and films, and was invited to perform her self- written solo show on New York's prestigious Theatre Row. She's an avid reader, a novelist, a Sci Fi/Fantasy nerd, most comfortable outdoors, and loves nothing better than a good cup of tea.

Resumé Highlights:
- Guest star roles on NCIS (CBS), BLACK SAILS (Starz), BLOOD DRIVE (Syfy) and KILLER INSTINCT WITH CHRIS HANSEN (Investigation Discovery).
- Worked with Matthew Weiner in the principal role of Grand Duchess Olga Nikolaevna, on the title sequence of his new Amazon series, THE ROMANOFFS.
- Principal roles in a number of international commercials, including a VIVO commercial (aired in China), a SUZUKI spot (Japan), and a promo for the new HARRY POTTER: HOGWARTS MYSTERY video game (ovwe 5 million views online).
- The New York debut of her solo show (written and performed by Amy) on New York’s infamous Theatre Row.
- Most recently, a guest star voice-acting role in THE LEFT/RIGHT GAME; a narrative podcast starring Tessa Thompson and Aml Ameen. This was a direct booking, sans audition, on the strength of Amy's accent work. 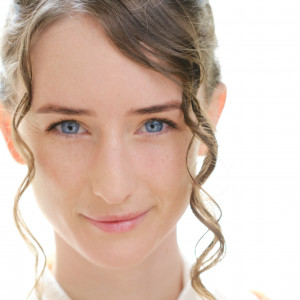 Amy was an incredible reader, gave me wonderful feedback and was fantastic to work with! Book her! "
"

So lovely and such a great help! Thanks Amy! "
"

Amy is the epitome of a sweet, dedicated, insightful actress. Fantastically patient and invested, with an ability to help guide you to an honest performance. Thank you so much, Amy! "
"

Very lovely and supportive! Helped me get to where I wanted to be with my scene. Will definitely work with again. "
"

My goodness, Amy is SUCH a good scene partner! Wouldn't even say "reader"...she's in it with you! Just lovely to play with! "
"

Great running through the accent again "
"

Really nice, great energy. helping me with an accent. "
"

Amazing reader. Very useful feedback! Thank you so much! "
"

Every time I read with Amy I always have such a blast! "
"

Generous with her schedule on Pacific Standard Time, was available at night!!! Great reader, who takes on her character. Thank you!!!! "
"

Amy was so amazingly sweet and helped me time out my self tape to perfection! Thank you Amy! "