Hi, I'm Amanda. An American Actress based in Atlanta, Georgia.

Congratulations, you got the role! You already made it. Casting is on your side, ready to see you living in this role. While so many factors determine who is ultimately cast, I strive to meet you where you're at. This is your audition, your space to build that body of work. I'm here to amplify YOU.


If you'd like my view on:
*Preparation
*Self-Tape Technique
*Running Lines & Rehearsal
*Blocking Physical "Business"
*Meisner Repetition Exercises
*Guided Depth Access Exercise
*Vocal Warm-ups
*Pep-Talk for when your inner dialogue challenges you, or nerves pop up.
-OR-
***Ready and rock and want a reader only-Let's do this!

I GOT YOUR BACK!

Thanks to my late grandparents, I began studying theatre in early childhood. I never stopped, this is my life's work.

Amanda Kiener is an American actress. Introduced to dramatic art through The Dunedin Fine Art Center in early childhood. Followed by the Gladys Douglas School for the Arts. At thirteen, Kiener was accepted to the prestigious Pinellas County Center For the Arts at historic Gibbs High School. In the evenings, the actress studied under full scholarship at The Marcia P. Hoffman School of the Arts (Ruth Eckerd Hall).

Upon graduating with a theatre diploma (2010), Kiener went to on to be scouted by companies like Walt Disney World and World Wrestling Entertainment (WWE). Leaving a full-time performing role with Walt Disney World to pursue film and television. Kiener began advanced Meisner technique with award-winning actress Lauren O'Quinn (ClassAct Studios) and on-camera technique with Risa Bramon Garcia (The BGB Studio). In 2020, the actress relocated to Atlanta, Georgia and continues bi-coastal training.

Kiener is married to Shawn Tobias, and a mother of two boys. 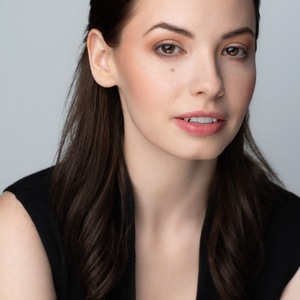