Working as a voice actor has allowed me to rely solely on my acting income since graduating in 2013.
This voice work has developed me into an excellent sight-reader.
It also allows me to be around a lot to help you out... hopefully, I can become a regular friend you can rely on for your tapes!

I really enjoy working with people on their auditions, providing thoughts and suggestions to help you unlock the full potential to get those perfect takes, showcasing what you can bring to any given role.

I'm really looking forward to working with you and don't forget to keep me updated on the progress of any tapes I help you with.
I'm cheering you on! 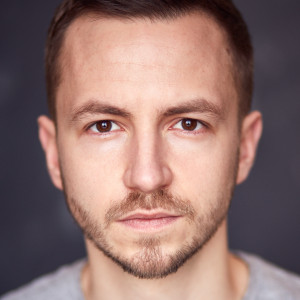 Pleasant and patient! Thank you. "
"

Jumped right in with humor and ease: thanks again for helping me with my tape and stay safe! "
"

Really great reading with Alex. Thank you so much for being instantly helpful and ready to work with me. It was a lot of fun! "
"

He is an incredible reader with and overall great person! Really enjoyed working with him. Look forward to another session!!!! "
"

Alex was great and had useful tips on how to enhance the performance. "
"

Alex is always very professional and brings the perfect energy and tone to every scene. Not to mention he's a brilliant, talented actor. "
"

Alex is a fantastic reader! Great ideas and feedback, and a spot on American accent to boot! "
"

FAN-FREAKING-TASTIC!!! Great Actor, Coach and helped with Accent work. I would choose Alex again in a heart beat!! "
"

Alex is a very talented actor who is very focused and attentive and brings lots of energy to the scene. Highly recommend! "
"

Alex is awesome. So natural as a reader & has such great & considerate notes. Book him. You'll be glad you did. "
"

Alex was amazing! Great reader, gave good notes and an all round lovely person to chat with about industry stuff! Thanks a bunch! "
"

Alex was so helpful in helping me pinpoint my branding. He is so willing to jump right in and really takes his time to give specific advice! "
"

Alex was awesome in helping me prepare my self-tape audition. His American accent was flawless! Great chap to chat with. "
"

AWESOME !!!! So helpful and took his time to really help me shape my scene. THANK YOU! "
"

Brilliant. Super professional, helpful and brought a lot of energy. Great direction when asked too which changed up the scene. Would highly recommend! "
"

What an absolute pleasure to work with. Alex is great jumping into a cold reading, full of great ideas to take the scene to another level & just willing to play around. Can't wait to work with him again. "
"

Alex is amazing! Helped me with my British accent for an audition for a film role. He's super qualified; professional and kind. "
"

Great reader and great help/insight into the project. Thank you! "
"

Such a great reader, his performance helped me so much! He gave me really good advices too! "