Would love to help you bring your audition to life! I'm a trained dramatic and comedic actress who most recently starred in the indie feature "Danni and the Vampire"- now streaming on Plex and Amazon Prime. If you'd like to use me but I'm not online, you're welcome to DM me on insta: @alexdau

I have a BA in acting from Fairleigh Dickinson, and have been hired to cast projects, so I know what CDs want in an audition, and can help you give it! I can give great advice on character, blocking, beats, moment-to-moment work, etc. from my experience on set, auditioning with Casting Directors, and my acting training (trained in Stanislavski and Meisner method). I also have studied at the Upright Citizen's Brigade, so am very knowledgeable in improvisation ad sketch comedy.

I am especially good with being open to the auditioner to connect with/ build rapport/"chemistry" with.

I'm an actress, singer and dancer who excels at playing your typical "girl next door"... if the girl next door to you is a disarmingly off-beat chick who won't stop making noise at night and climbing your trees. I love sardonic humor and have extensive improvisation and sketch comedy experience. I can also look like a capable adult reading stock updates off a teleprompter. So that's range. I've studied Stanislavski and Meisner technique and earned my BA in Theatre from Fairleigh Dickinson University, NJ. I most recently starred in the indie feature "Danni and the Vampire" (played Danni!) now streaming on Plex, soon to be on Amazon Prime. 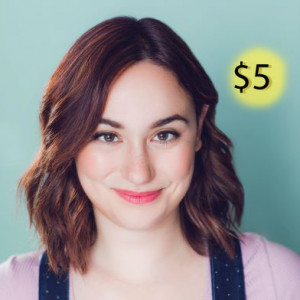 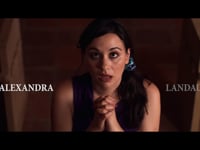 Alexandra was great! An awesome reader who provides excellent feedback. "
"

Great! Alexandra knows her stuff and is fun to work with! "
"

Alexandra was great and very helpful! "
"

Absolutely wonderful. Alex was super friendly and made me feel very comfortable as a 1st time user of this platform. "
"

Such a delightful audition partner. Would work with her again 100% "
"

Very supportive and helpful! Will work with again! "
"

She is an amazing reader! So helpful! "
"

Wow. I felt super comfortable and she gave me a lot to work with. I think the note she gave me will get me the job. 5/5! "
"

Loved reading with her! excellent reader and so smart. "
"

Amazing! So knowledgable and professional and friendly! Highly recommended! "
"

It was a delight to work with Alexandra! Excellent reader, perfect for the project and extremely helpful. "
"

So great! I called Alexandra when I had just gotten some new sides and had a tight turnaround and she gave me some great insight that helped me prep faster- and was an awesome reader as well who was able to jump in super quickly "
"

Alexandra energy was so amazing and gave me some great ideas to bring my audition to life..highly recommend!!!! "
"