Adwoa Akoto is a British-Ghanaian actress, born in London, England to Ghanaian parents.

From "I May Destroy You'', 2020's break out TV show receiving positive reviews across multiple publications, the twelve-part fearless and provocative HBO/BBC drama explores the question of sexual consent in contemporary life to "Extinction", a Sky Original eight-parter produced by Urban Myth Productions & Sky Studios, described as a "gripping exploration of memory, fate, and the limits of love". Adwoa has had a string of critically acclaimed TV jobs.

Currently, Adwoa is filming for a new Sky TV drama set to be released in 2022. 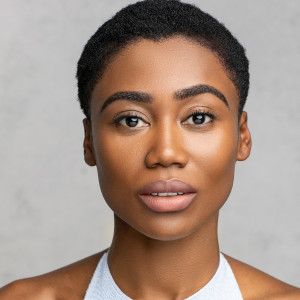 Amazing energy and talent! Thanks so much!! "
"

I had an amazing experience and highly recommend reading with her to help book your role! "