I'm an actor with over a decade of experience, more than 50 television commercials, a handful of SAG feature films, including the Tribeca slated "Don't Tell A Soul" where I played Officer Crane, and I currently coach actors in the midwest with the Audition Room 513! I am very proficient in various methods of acting, self taping, editing, character choices, and more. If you're looking for help outside of self-taping, I'm also available!! Please feel free to contact me :)

Abigail Esmena is a Filipino-American actress living in the Midwest and working nationwide. After graduating with a bachelors degree in broadcasting and theatre, she continued studying at The Second City Improv in Chicago, as well as advanced training at the Stella Adler Studio with Ron Burrus. Some of Abi's notable works include her supporting role as Officer Crane in the SAG feature film, "Don't Tell A Soul," starring Rainn Wilson & Fionne Whitehead, Budzinski's mom in the SAG feature film "And Then I Go," directed by Vince Grashaw, a principal role in a national Papa John's March Madness commercial, a principal role in a national Target spot, McDonald's, Delta Airlines, as well as numerous other commercials and print work. 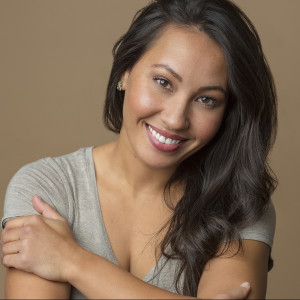