As an NYC-based actor/singer with an extensive background in New York Theatre, I'm looking to branch out into comedy & episodic television. As your reader, I will serve your choices as you would want to serve mine and if you are looking for someone to coach you, it will my mission to embolden YOUR instincts into fuller choices that you can stand behind. I have worked as a reader behind the desk of countless EPAS for The Acting Company, White Plains Performing Arts Center, as well as multiple casting offices.

Keith Weiss is an actor, producer, podcaster, and Host of A STAR IS BORED, where he engages artists about the state of the arts industry during the global pandemic, which can be streamed on Spotify and Apple Podcasts, as well as on social media at @starisbored.pod. His work as a producer has earned him recognition globally by the UK publication SceneSaver as well as an OnComm Award from The OffWestEnd Theatre Awards for his production of Cupid’s Corner. Coming up, he will be starring in a live-streamed production of THIS IS OUR YOUTH. His recent work includes working with the 24 Hour Plays, The Flea Theater, and his feature film debut, TAHARA, directed by Olivia Peace, premieres at Lincoln Center NYJFF later this month. 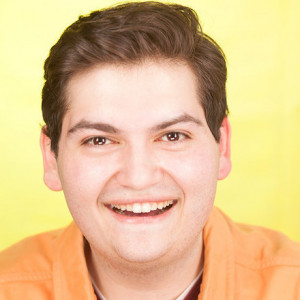