I'm the proud owner of KSM Self-Tapes & Audition Coaching here inToronto, Canada, since 2013. My love for reading, self-taping and coaching began when I was a reader for Buchan Knight Casting (Women Talking, Ginny & Georgia, Titans). My self-tape and coaching business started organically, my close friends and I helping each other out. Word got around, agents expressed their satisfaction, and I expanded to friends of friends and eventually anyone in the local acting community.

When COVID hit, I chose to put everything on pause for safety reasons. Recently, a close friend of mine joined WeAudition and suggested I do the same and here I am!

I can't wait to share my love for the craft of auditioning.

Kimberly-Sue Murray is a Canadian actor and filmmaker currently based in Toronto, Canada. She was handpicked to attend Norman Jewison's prestigious Canadian Film Centre's Actors Conservatory (2011) and recognized as one of Canada's rising stars. She was awarded the Brian Linehan Actors Award for her performance in she came knocking (Best Short, Canadian Film Fest, 2017), which she co-wrote, produced and starred in. She is best known for her recurring roles in The Lizzie Borden Chronicles (Lifetime), hit TV show Shadowhunters (Freefrom/Netflix) as Seelie Queen Amara and as Danika Dubov in vampire drama V Wars (Netflix). Selected credits include; Killjoys (SyFy), Slasher: Quilty Party (Netflix), The Girlfriend Experience (STARZ), Reign (CW), Designated Survivor (ABC), 9 Films About Technology (Hulu/FX) and an upcoming guest star role on Titans (HBO Max) She can catch her in the leading role in CityTV's series The Wedding Planners streaming now on Amazon. She is currently working on Snow Angel (Grand Karma), a feature film shooting in the Gaspé where she is originally from.

Kimberly-Sue is represented by the Amanda Rosenthal Talent Agency and Capstone Talent Management. 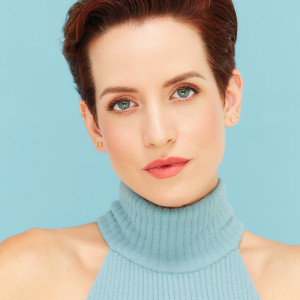