Hi! I love being a reader and am always happy to offer redirection. If my actingIMDB seems sparse, it's because I also spend a good amount of time working in story development. People I have read for have had costars and series regular roles on shows such as Fargo, Quantum Leap, Kenan, and Legion. Specialties are drama, procedural, and quick/dry humor.

Jenny Januszewski is an American stage actress and award-winning experimental and documentary artist having received recognition in both 2D and 3D film and photography.

While she has toured the United States in musicals and has been seen in numerous TV and Film productions, her foundation as a stage actress is rooted in experimental and dramatic black box theatre as well as improv. She has studied with Second City and UCB.

Her work off camera has earned her the award for Best Experimental Film in the Los Angeles 3D Film Festival; she has had feature-length screenplays as Official Selections in the Beverly Hills Film Festival writing division for three consecutive years; and her photography documenting the COVID-19 Pandemic has been featured in the LA Times and is part of the permanent digital collection at the Los Angeles Public Library.

Jenny is also a Life Coach. She is a proud member of AFTRA-SAG and ACTORS EQUITY. 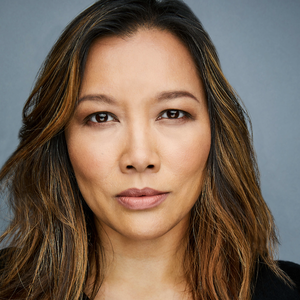