I love actors and am here to *support* and bring life to your scenes! Happy to read as many times as you need and will only offer advice if asked :).

I am a working professional actor both on stage and film, currently a diversity scholar with the Groundlings (improv!) and have been a reader for many indie films and theatre castings here in NYC.

Reviewers have called me a "versatile and supple actor", "humorous", "down to earth" and "spectacular". I've worked off-broadway at 59e59, The Duke, Primary Stages and Rattlestick and have been in about a dozen charming indie films that were festival darlings.

I'm available for self-tapes and rehearsals and want to make sure the scene is about you, happy to read as many times as you like ( I know how it is!!) I'm here to be a presence and support you and will only offer advice if asked!

I'm a first generation Iranian-American, (fluent in Farsi) queer identifying, Seattle native. Based out of NY and ATL I've been seen off-broadway at 59e59, The Duke, Rattlestick, Primary Stages and countless off-off Broadway houses. A Mary-Louise Rockwell Scholar with Primary Stages and currently a diversity scholarship recipient with The Groundlings school of improv.

Known for versatility, humor and range... reviewers have called me "a versatile and supple actor", "spectacular" and a "a smart comedienne".

Sarah-Rose Meredith's short film "Plan B" shot on 16mm in which I was the lead, won awards and accolades across the globe including an NBR nomination, and DGA audience choice award. 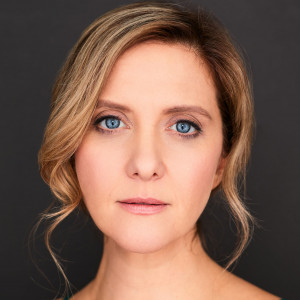