I am represented at Untitled Entertainment and have been working as a professional actress for over 7 years and have appeared in film, TV and theater all throughout Los Angeles. Most recent credits include - Guardians of the Galaxy Vol. 2; Mistresses (ABC) ; Scandal (ABC); Code Black (ABC); Baby Daddy (Freeform); Real Bros of Simi Valley (FB Watch); Mike and Dave Need Wedding Dates (Universal) ; Juicy Stories (Michael Patrick King); Muppets (Freeform).

As a coach, I have help co-moderate an acting workshop at the Lee Strasberg Institute through the Sixty-Six Theater Acting Workshop where I led discussion in breaking down scenes and guided exercises for scene work. I have also helped read and prepare actors within my acting community and have helped people land roles on SWAT, The Americans, Lifetime Movie of the Week and helped secured multiple callbacks. I absolutely love to help fellow artists, break down scenes and help you give your best performance.

I received a Bachelors in Film Studies at USC while also studying at the USC School of Drama Arts. Most recent teachers include - Larry Moss, David Gray, Bill Alderson, Anne DeSalvo, Joe Anthony and Doug Tompos.

I am looking forward to meeting fellow actors and helping us all grow in success and creativity!

Hilty Bowen here! I am an actress currently residing in LA and represented at Untitled Entertainment. I am a USC graduate from the School of Cinematic Arts and have been working professionally as an actress for over seven years. Most recent credits include - Guardians of the Galaxy Vol. 2; Mistresses (ABC) ; Scandal (ABC); Code Black (ABC); Baby Daddy (Freeform); Real Bros of Simi Valley (FB Watch); Mike and Dave Need Wedding Dates (Universal) ; Juicy Stories (Michael Patrick King); Muppets (Freeform).

In addition to film and TV, I have an immense passion for theater and work with a non-profit theater in LA through the Sixty-Six Theater Co where I have had the fortune to act in multiple productions. Most recent credits include: For the Loyal (Mia); Jesus Hopped the A Train (Mary-Jane); When We Were Young and Unafraid (Mary-Ann).

I also studied music at USC and have worked in various projects as a singer/songwriter and enjoy playing and creating new music on my guitar.

I am really looking forward to creating new relationships with casting directors and content creators to widen my scope of creativity and open doors of opportunity for myself and those involved. Collaboration is king and I hope to collaborate with as many like-minded artists as I can. :) 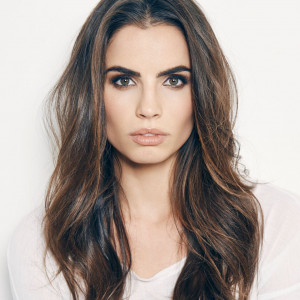