Alexandra Sinclair is an actress and writer, known for EastEnders (1985), Lighter and If Found (2019).

Alexandra is a London based actress with a playing age of 21-30. She trained at Drama Centre and the Boris Shchukin Theatre Institute in Moscow.

Alexandra is also a writer. Her play MAN UP! premiered at the Hampstead Theatre and she went on to perform it at Crazy Coqs (Live at Zédel).

Reviews for MAN UP!

"an eloquent and captivating double act... would make Shakespeare himself proud" - hiskind

"deliciously complex in its subject matter... Their stagecraft is ingenious" - oughttobeclowns

"quite frankly brilliant. Definitely, one to watch" - londontheatre1 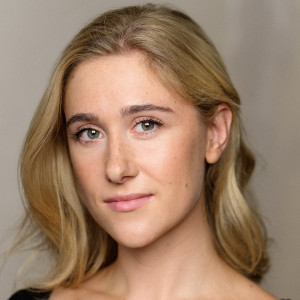