Welcome ! My name is Virginia and I would love to help you out with your read.
I am a self employed mother who works from home, so I am usually available in a pinch! I have a permanent full self tape studio set up, so I am always ready to go.
I look forward to working with you!

Hello!
I am an ACTRA (2010) and CAEA Member (2013) who is experienced in small dramatic roles in film and television, creator and producer of 5 live shows for my company Mabel Moon, stand up comedy (5 years on amateur circuit), improv, and sketch comedy (Second City Conservatory Grad). I've also done voice over work for tv and radio, and speaking roles in commercials.

Shows I would love to be a part of are Workin' Moms and Pretty Hard Cases as comedy has always been my #1 strength and joy!

I offer a 25-minute live show for children called Mabel Moon Live! In 2017 I co-produced, created and starred in a 12-episode live-action television show called Face Paint and Fairy Tales with Rogers TV Barrie, which can be viewed on Mabel Moon's You Tube Channel.

I've created, produced and performed in two shows for the Toronto Fringe Festival at Kids Fringe, and in 2015 created a 30-minute musical theatre show called Mabel Moon Goes To Earth! and exclusively for the ROM Toronto: Mabel Moon and The Cabinet of Curiosities in 2016. 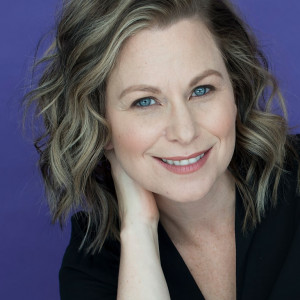