WELCOME!! Little trivia...My name means "Help" and I love to do it! Haaa!! Love being a Reader!

Here's a little about me...SOCORRO JONES, is from Maryland. Trained in Classical, Film, Television & Musical Theatre, she has played roles from 1st Witch in MacBeth to Military Action and Comedic characters on both Stage and Film. Soco, has enjoyed challenging her gifts of Acting, Choreographing, Singing and Dancing in such amazing Musicals as: “Aida”, “From Slavery To The WhiteHouse”, “42nd Street”, “Showgirls The Musical” and more. She’s had a wonderful ongoing career in Vegas Shows and Tours on and off the Strip, performing with: “La Cage”, “Show In The Sky”, “Showgirls” and others, while also being Artistic Director, of her own Dance Companies: “Heaven’s Ovation” and “E.C.D.C.. Soco transitioned into Film, Commercials and Voiceover Acting 7 years ago and has added on behind the camera skills of Producing, Casting and Location Managing. Currently Soco is Casting Director and Actor on the dramatic television series: “Bad Penny and is filming principal roles in the gripping dramatic projects of: “Latasha Harlins”, “A Date” and “Pivot”. With numerous other feature films, shorts, series and commercials to be grateful for she’s most proud that after a monstrous defeat of Breast Cancer, she celebrates her newly opened small black woman-owned business, “Jones Entertainment”! Here, she looks forward to using her 20 years of industry and teaching experience to be a strong support & guide in the acting community. Soco desires to help Actors with Self-Tapes, In-Person Auditions, Reads, Script Analysis and the Business side of Acting, and her results are already showing up! Thank you for stopping through! Looking forward to reading with you! Stay creative! Soco :-)

Socorro is originally from Baltimore, MD and moved on to become a long time resident and performer in Las Vegas and Los Angeles, CA. With 20+ years of Entertainment Industry experience as a Film and Stage Actress, Coach, Dancer, Small Business Owner and now BC Survivor, Soco started out training in Maryland with dance instructors from Fosse and ABT and went on to have a wonderful Showgirl career on the Las Vegas Strip and on Tours. During her performance career Socorro began to transition more specifically to Film and Stage and was swept away with the acting journey. After years of training, diving into acting and being a Dramatic, Comedic and Commercial Actress, Socorro has developed so much range and revels in the permissions to explore herself and the value of how personal knowing connects with story telling, story exploration and delivery under pressure. The challenge of this creative space has allowed her to constantly grow and thrive in character development and actor mapping, and she is ever grateful. She brings with her a professional attitude, a reliable work ethic and an authentic desire to work with writers and project creators to physicalize their visions. Socorro has experience in front of and behind the camera as a CD, Producer and Location Scout and just enjoys meeting needs and helping. She resonates in a grateful, silly and mindful space and is looking forward to meeting you, reading with you and/or creating with you soon. Thank you for stopping by and stay creative! 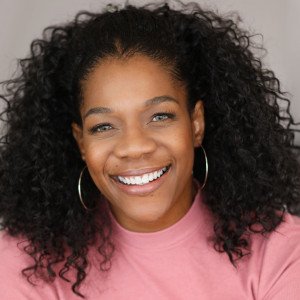 Socorro is an amazing reader! loved working with her. Hope to work with her again. "
"

A true blessings of a reader and actor! "
"

I had so much fun!! Such a supportive reader. She gave me soo many great ideas to work with. Thank you, Socorro! "
"

Socorro is a total professional and great reader. "
"

Wow! Soco is the most generous and engaged reader, and she also gave me a beautiful nugget of insight that transformed my read.... THANK YOU "
"

Thanks for your patience! "
"

I mean Socorro is sooooo amazing, thanks so much for you patience and help tonight "
"

Great Reader, Did everything I asked of her and we got a solid take! "
"

So giving so full of energy! Would pick her again "
"

Socorro went above and beyond to be an amazing reader. I am so grateful and delighted by the chance to work with her! "
"

Thank you for being a great reader! "
"

Fantastic reader and will go to bat for your callback! "