Character Actress with a broad range, based in Austin, Texas, originally from New York. Professional, happy and honored to help you!

Let's have FUN and get you that role!
I'm happy to help with:
- Audition Coaching/Rehearsing
- Self Tapes
- Career Advice (Agents, Managers, etc.)

**Please leave a review, it truly helps me to help others. Thank you in advance.**

Reach me here or schedule in advance at:
msnormajean@gmail.com

Feeling like my service was worth a kind tip? If so, you can use:
Paypal: msnormajean@gmail.com
Venmo: @NormaJeanActs
CashApp: $NormaJeanActs

Actress and rising-star Norma Jean marks her feature film debut in the highly anticipated Martin Scorsese film, Killers of the Flower Moon, debuting in November 2022. Norma Jean portrays “Vera,” and her co-stars include Leonardo DiCaprio, Robert De Niro, and Jesse Plemons. Being cast by one of her most influential role models, Scorsese, was Norma Jean’s dream come true.

Norma Jean knew she wanted to perform beginning at the age of five. Born in Camden, New Jersey, and raised in Watertown, New York, her mother named her after Marilyn Monroe. She began dance class to overcome a disability caused by a horrific accident with scissors. Dance quickly became her life, and throughout her childhood, she studied ballet, tap, jazz, creative and ballroom dancing, and played the piano, the flute, and the clarinet. Her love of dance and music transcended many other performing-art-related interests, including theater and comedy. She was an avid athlete in high school, performing in her school band as a color guard and majorette. She also competed as an ice skater, winning numerous competitions in the United States Figure Skating Association (USFSA).

After high school, Norma Jean set off on her own, working three jobs and falling in love with community theater. Over the course of her career, she has performed in Grapes of Wrath, Inherit the Wind, H.M.S. Pinafore, Arsenic and Old Lace, The Music Man, Agnes of God, Oliver!, My Fair Lady, and Auntie Mame, to name a few. She is revered for her ability to artfully master dialects such as Cockney, French, Minnesota/Wisconsin, Upstate New York and NYC New Yorker, Puerto Rico, Southern, Russian, Irish, German, and British.

Norma Jean currently voices the role of “Shandra Keating” in Celeritas, a sci-fi podcast that ranks in the top ten of all sci-fi podcasts in 15 countries. A gifted comedienne, she performs as Smokin’ Bev, an opinionated and sometimes offensive character she based on her mother, on Tik Tok. Norma Jean is often compared to other rubber-faced comediennes such as Imogene Coca, Carol Burnett, Vicki Lawrence, and Lily Tomlin.

Additional credits include parts in the hit television shows Fresh Off the Boat, Mad Men, Men of a Certain Age, 10 Years Younger, Parks and Recreation, and Boston Legal.

Norma Jean is an outspoken advocate against domestic violence and works diligently on behalf of victims and survivors. She has an Interdisciplinary Bachelor of Science degree in International Business and Public Speaking from SUNY Empire State College in Saratoga Springs, NY. She currently resides in Austin, Texas. 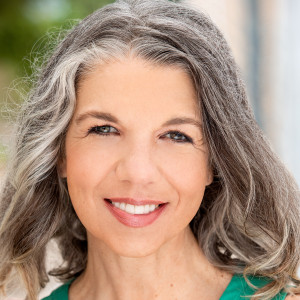 Norma Jean quickly asked how she could best read and was ready to help me in any way she could. Between takes, she would check in to ensure everything was going alright. Thank you! "
"

So awesome! Norma is passionate, patient and present! "
"

What an absolute dream to work with. The loveliest person and so friendly and welcoming, plus a great reader. Will definitely use again! "
"

Norma Jean was a fantastic reader! She took the time to listen to the character backstory and was open to taking notes on her reading. I even got two recordings done. Thanks! "
"

NJ is so kind and enthusiastic and is invested in giving what is needed to support during an audition! "
"