Hello! A little about me- I'm a British actress (originally from Cheshire) but have been living and working as a professional Actor/Reader in Toronto, Canada for the last 9 years. My credits include lead roles in feature films "Poor Agnes" currently streaming on CraveTV (Canada) "Lifechanger" currently streaming on Shudder (UK) and Netflix (US), "For the Sake of Vicious" currently playing festivals (including Frightfest and Fantasia), including guest and principal roles in TV for Netflix Originals, Discovery ID and The History Channel.

I've worked as a professional reader for multiple casting directors in Toronto so know the importance of a good reader. I genuinely just love the craft of acting and for me, reading is an opportunity for me to do something I love and to help you get the most out of your audition. I'm happy to just read or to give some insight and advice if you would like- whatever helps you the most...I'm at your service!

If you need a specific accent, I can help you out with almost all UK accents and a general or southern American accent (living in Canada- most of the work I've done is in a general US accent)

Right now, I'm new to WeAudition and would be very happy to offer my reading services as a volunteer to gain some trust in the community and to hopefully help out a few people in need during what is a scary financial time for a lot of us.

British-born (and now Toronto-based) actress Lora Burke, broke onto the Canadian indie scene playing cold-blooded killer Agnes in "Poor Agnes" (dir. Navin Ramaswaran, 2017) for which she won "Best Actress in a Leading Role" at Toronto After Dark film festival and "Most Bad-Ass Performance" (a special Jury Prize created just for Burke) at Cinepocolypse festival in Chicago. The movie also won the "Barry Convex award for Best Canadian Feature" at it's world premiere during Fantasia film festival in Montreal.

The following year "Lifechanger" (dir.Justin McConnell) featuring Burke in the lead role giving a polar opposite 'heartfelt performance of brokenhearted Julia' also had it's world premiere in Montreal and went on to win multiple awards during a long international festival run.

Currently she stars in the home invasion, action/thriller "For the Sake of Viscous" which had it's North American premiere this year at Fantasia film festival (Canada) and went on to play at Sitges (Spain) and Frightfest (UK).

Other credits include; 'Daughters' (dir Craig David Wallace, coming 2021), Netflix original- 'The Ponysitters Club', and family features "Forest Fairies" and "It's a Zoo in Here". 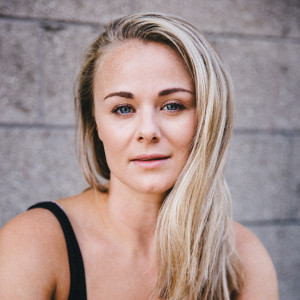