Worked as a reader for Orphan Black, various commercials and Theatre auditions. Degree in Theatre and Film. Great with accents. Great with taking direction from you and can offer notes or direction if asked.

Raised in Vancouver, Canada, Kaylee currently resides between NYC and Toronto, after two years of touring North America performing in Beautiful: The Carole King Musical. Kaylee is an award-winning multi-disciplinary performer whose theatrical work spans from Broadway and Radio City Music Hall to the Stratford and Shaw Festivals. She's been a featured soloist with the Niagara Symphony and led masterclasses for Theatre and Opera students at the University of Toronto and Trinity Western University. Television credits include Reign (CW - recurring), Workin' Moms (CBC) and Good Witch (Hallmark), a live performer on America's Got Talent (NBC), The Tony Awards (CBS), The View (ABC) and Dancing With the Stars (ABC), numerous national commercials and video game VO. Kaylee is currently appearing in national commercials for McCafé and Subaru. She hosted and produced a sold-out fundraiser for Broadway Cares/Equity Fights AIDS & The Actors Fund and has been a featured guest on two podcasts: Cue to Cue and Let's Grab Coffee. She has worked in many dialects, including Scottish, North Country, RP, Cockney, Irish, Italian, and various N. American accents. Kaylee recently voiced Else Gebel in the audiobook The White Rose: Munich 1942 -1944 for Post Hypnotic Press. 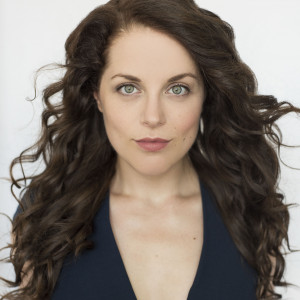