I have been working as a professional actor since 2009 and became a SAG member in 2012. I have experience working in both TV, Film, & Theater. My focus these days is in TV & Film--even a little bit of VO work in the video game industry.

I know how stressful it can be sometimes to find a reader last minute--whether it is for an audition or to rehearse for a workshop. I am happy to help & provide my insights to help you with your scenes so that you feel as prepared as possible!

Kati Salowsky grew up in New England with a passion for performing. As a young girl, she would sing Disney songs with her cousins and put on shows for her stuffed animals. Kati's parents introduced her to dance at the age of 3 and figure skating shortly thereafter where she continued to develop her showmanship and compete in national and world competitions for the following 12 years.

Kati soon realized she wanted to take her performing further, so she got involved with her middle school's musical theater program. The spark was ignited.

Kati participated in years of community stage work, but come college decided to focus on a Sports Medicine degree and became a Strength & Conditioning Coach in the Greater Boston Area. This, however, was short lives as Kati missed performing and decided to pursue the Boston film scene when she stumbled into a feature film shooting at the local mall, "Paul Blart: Mall Cop."

Her pursuits in Boston led to bookings on projects filming locally, and over time, she decided to move to Los Angeles where she lives currently: creating, learning, practicing reiki & yoga, and spending lots of time with her dogs by the beach.

She can be seen acting in the Netflix feature films "The Polka King" and "Secret Obsession," as well as producing the new philanthropic VR video game, "Rhythm of the Universe: Ionia" where she also lends her voice to animate the lead character, Allegra, and combat climate change. 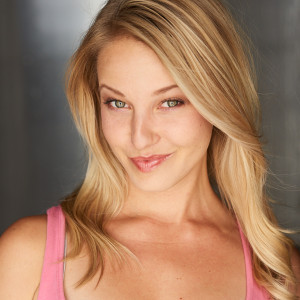