You may have seen me heisting a safe out of a saloon on HBO's WESTWORLD or trying in vain to open a jar of pickles on HBO's CURB YOUR ENTHUSIASM ("Pickle Gambit") or you may have seen my hands in Matt Damon's Stella Artois commercial "Taps" during the 2018 Super Bowl. Or something else. Or not. I won't hold it against you. 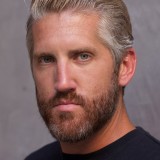