I hope you're well.

Thank you for taking the time to give this a glance. I have met so many wonderful artists. Thank you. I look forward to meeting so many more of you out there. Thank you.

I have a million stories.

As a reader, I'm here for you. I don't give notes unless asked. I want to give you a clean solid tape.

I want one to have the best audition possible and will stay online for as long as one needs.

Thank you for reading.

TRAINING: I'm a graduate of The Juilliard School; the University of California, Davis; The Guthrie Experience (2000).

Currently Chicago based,. I have 20+ years experience as a professional actor, coach, instructor, and have been a reader for an assortment of projects: from Broadway to t.v. and film.

I originated the role of Billy in the 2002 Tony Award winning Edward Albee play THE GOAT, or WHO is SYLVIA? I was fortunate enough to take part in the first transgender "coming out" story on day time television (All My Children)... and I just love acting and the craft. I went to school for the classics... and have been really lucky to invade all parts of the field.

AWARDS and NOMINATIONS: Nomination for Drama Desk Award (2004 Best Supporting Actor in A Musical; Broadway (TABOO); Recipient of the 2004 Marian Seldes-Garson Kanin Fellowship; two time Beinecke Fellow at the Yale School of Drama; Recipient of the 2017 Emery Battis Award for Excellence in Acting.

I have been invited to speak at several universities and theatres over the years (Yale School of Drama; University of Maryland, University of California Davis, The Guthrie Theatre, etc.)

I have been a freelance coach for 16 years in New York, Chicago and Los Angeles. My focus has been predominantly Shakespeare, Chekhov and Contemporary Classics. I also coach contemporary material. All include auditions for the stage, graduate school, television and film.)

I have taught at Studios in California (My Acting Studio, Long Beach, CA). and I am currently on Faculty at the Acting Studio Chicago.

If my beacon is on, I'm available. If you need to schedule a future coaching / reader ... Just email carlsonjeffrey44@gmail.com.

Much appreciation and respect,

Broadway: Edward Albee’s The Goat, or Who is Sylvia (original Billy) ; Tartuffe; (Valere; Roundabout Theatre Company) and Boy George’s Taboo (Marilyn) for which he was nominated for a Drama Desk Award for Best Supporting Actor in a Musical. 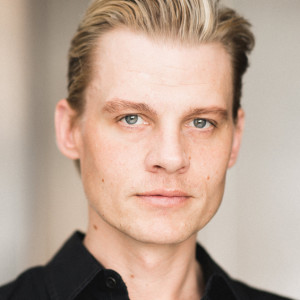 Jeffrey was wonderful! Patient, supportive and a fantastic reader! "
"

Jeffrey was really helpful and also gave me some helpful feedback when I requested. Truly appreciated his professionalism and generosity! "
"

A really lovely guy and considerate reader. Thank you, Jeffrey! "
"

JEFFREY WAS SUCH A GREAT, GENEROUS READER!! Would highly recommend!!! "
"

So great! Thank you for your patience sir! "
"

Excellent reader and coach! We did some terrific woodshedding on a new, rather lengthy script. Looking forward to working together again:) "
"

STUNNING! No other word to describe this man. I haven't felt this good acting in a while, got me to where i needed to be which was far deeper and more specific than the place i thought i was supposed to be at. Cheers friend! "
"

Jeffrey is patient, kind, and just wonderful! Thank you!!! "
"

Super pleasant to work with. "
"

Such a kind and grounded dude. Had a blast reading with him. "
"

Wonderful actor and reader and very supportive and nice voice. "
"

Jeffrey is absolutely wonderful! Kind, patient, and along with being a great reader, Jeffrey gives simple and clear feedback. "
"

So lovely, great reading with jeffry. easy to work with and solid actor "